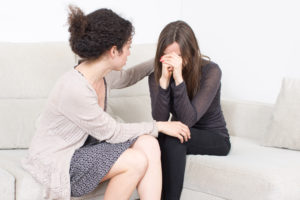 someone in your life who has hurt you, but you can’t seem to get over it? At some point everyone has experienced the lingering bitterness that comes when we don’t forgive others. Bitterness is like having a ball and chain strapped to your ankle. You might get used to it, but it still holds you back from experiencing peace, joy, and freedom. Forgiveness is the key to unlocking your shackles and living your life at its fullest. The problem is, concepts like forgiveness sound great, but it is difficult to know where to start. My forgiveness guide for dummies demystifies this process in 4 steps:

Forgiveness is a difficult process. You might find that you thought you had worked through this process, but then something happens and those old hurt feelings resurface. That is okay. Every time you work through this process it will get a little bit easier. When you forgive others you will find an increase of peace in your life. Forgiveness doesn’t necessarily mean that all of the problems of the relationship are solved, but you will grow in your ability to handle them. Sometimes you might decide that the relationship is damaged beyond repair. If you decide to end a relationship, forgiveness is still important to restore your own internal peace.
If you need help at any point during this process consider giving relationship counseling a try. I can be reached at (702) 751-0540.

One Response so far.